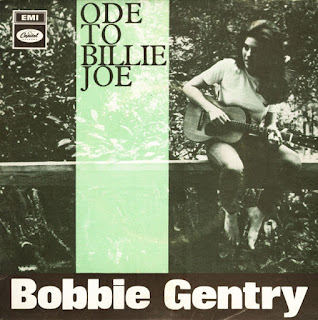 Bobbie Lee Gentry (born Roberta Lee Streeter; July 27, 1942) is an American singer-songwriter who was one of the first female artists to compose and produce her own material. Her songs typically drew on her Mississippi roots to compose vignettes of the Southern United States.

Gentry rose to international fame with her intriguing Southern Gothic narrative "Ode to Billie Joe" in 1967. The track spent four weeks as the No. 1 pop song on the Billboard Hot 100 chart and was fourth in the Billboard year-end chart of 1967 and earned her Grammy awards for Best New Artist and Best Female Pop Vocal Performance in 1968.

Gentry charted eleven singles on the Billboard Hot 100 and four singles on the United Kingdom Top 40. Her album Fancy brought her a Grammy nomination for Best Female Pop Vocal Performance. After her first albums, she had a successful run of variety shows on the Las Vegas Strip. In the late 1970s she lost interest in performing. Since 2010, Gentry has lived in a private gated community outside Memphis, Tennessee. 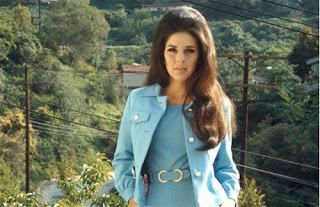 "Ode to Billie Joe" is a song written and recorded by Bobbie Gentry, a singer-songwriter from Chickasaw County, Mississippi. The single, released on July 10, 1967, was a number-one hit in the US within three weeks of release and a big international seller. Billboard ranked the record as the No. 3 song of the year. The recording remained on the Billboard chart for 20 weeks and was the Number 1 song for four weeks.

The song takes the form of a first-person narrative performed over sparse acoustic accompaniment, though with strings in the background. It tells of a rural Mississippi family's reaction to the news of the suicide of Billie Joe McAllister, a local boy to whom the daughter (and narrator) is connected. Hearsay around the "Tallahatchie Bridge" forms the narrative and musical hook. The song concludes with the demise of the father and the lingering, singular effects of the two deaths on the family. According to Gentry, the song is about indifference and unshared grief.
Posted by Deutros at 00:43