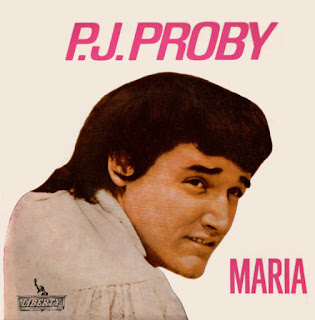 Born and mostly raised in Texas, rock & roller P.J. Proby never really hit it big in his homeland, but his trouser-busting stage antics helped make him a genuine pop star in England at the height of the British Invasion. Proby was born James Marcus Smith in Houston on November 6, 1938, and grew up listening to country and black gospel; later on, he became fascinated by rockabilly, and his stepsister even dated the young Elvis Presley. After graduating from military school in 1957, he moved to Hollywood hoping to make it in the music business. Through his boyhood friend, teen-idol singer Tommy Sands, Smith made some connections that included songwriter Sharon Sheeley (who was dating Eddie Cochran and had written "Poor Little Fool" for Rick Nelson), and he soon began recording singles under the name Jett Powers, with little success. In the meantime, he worked as a demo singer and also did a bit of acting, appearing in several Westerns and an episode of Gunsmoke. 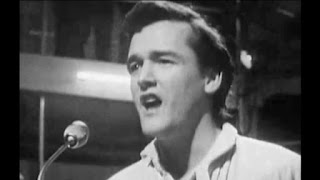 Meanwhile, Smith was working on his own original songs, which earned him a composition contract with Liberty at the end of 1959; his material was recorded by Johnny Burnette ("Clown Shoes"), the Searchers, Leroy Van Dyke, Rick Nelson, and Jackie DeShannon, among others. He also briefly joined producer Kim Fowley's studio group the Hollywood Argyles in 1960. In 1961, Smith (probably wisely) changed his alias from Jett Powers to P.J. Proby, the name of a childhood friend of Sharon Sheeley. Proby cut several singles from 1961-1963, ranging from rock to pop to country, again without much luck or promotion. With the single "Wicked Woman," he even resorted to changing his name to Orville Woods in hopes of getting played on R&B radio stations. 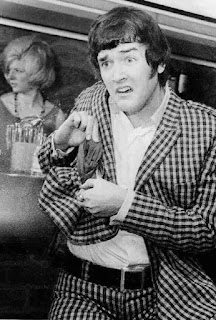 Finally, in late 1963, Proby met British producer Jack Good, who happened to be putting together a TV special on the Beatles that was to feature several other up-and-coming artists. Proby's demo tape impressed Beatles manager Brian Epstein enough for him to make the cut, and Good outfitted Proby as an aristocratic fop, complete with ponytail, frilly shirt, tight velvet pants, and buckled shoes. After the special aired worldwide, Proby's first British single, "Hold Me" -- a rocked-up rearrangement of a 1939-vintage pop ballad associated with Dick Haymes -- rocketed into the U.K. Top Five in early 1964. Proby's next two singles, "Together" and West Side Story's "Somewhere," took a similar tack, and both reached the British Top Ten as well. In early 1965, Proby was booked as part of a package tour, and on one of the London dates in late January, his pants ripped open from the knee all the way up. Proby claimed it was an accident, but when the same thing happened at the next show (much to the audience's delight), the censors descended and banned Proby from performing on television or in theaters. Rushed out shortly after the ban, "I Apologise" just missed the Top Ten, though his detractors didn't take its sentiments to heart. 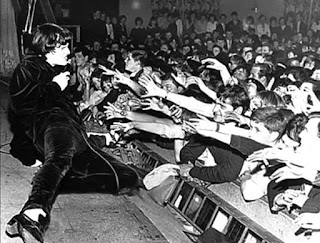 Proby continued to release singles over the next two years, scoring another Top Ten hit with another West Side Story cover, "Maria," in late 1965. (Oddly, the preceding single, "That Means a Lot," flopped despite being penned by John Lennon and Paul McCartney.) The lack of promotional opportunities began to hurt Proby's chart placements, though, and he was also beset with financial problems. He attempted to crack the American market in 1967 and actually did land a Top 40 hit with "Niki Hoeky," which proved to be the extent of his success in his native country. Proby was forced to declare bankruptcy in 1968; in 1969, he recorded an album, Three Week Hero, that featured studio backing from all four future members of Led Zeppelin. By this time, though, the hits had dried up. Thanks to Jack Good, Proby appeared in Catch My Soul, a musical version of Othello, in 1970, and subsequently became a regular on Britain's cabaret circuit. 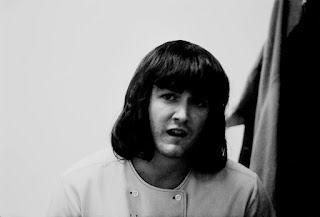 In 1973, Proby cut a less-than-stellar album, I'm Yours, under somewhat shady circumstances for Ember. He also made headlines with his engagement to Dean Martin's daughter Claudia, and his subsequent arrest for brandishing a shotgun. Proby re-emerged in 1978 to record an album with the Dutch prog rock group Focus, Focus Con Proby, and shortly thereafter starred in a Jack Good-produced musical about Elvis Presley (from which he was fired for improvising). Proby recorded sporadically during the '80s, including a series of more contemporary covers, and was also beset by marital difficulties and occasional run-ins with the law over flashes of temper. He nearly died after collapsing in 1992, and went completely sober afterward; in 1993, he appeared in the Jack Good biographical musical Good Rockin' Tonite, and two years later in the Roy Orbison tribute show Only the Lonely. Proby attempted a recording comeback in 1997 with the EMI album Legend. 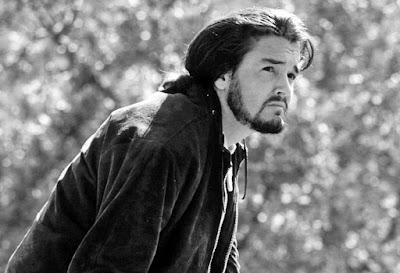 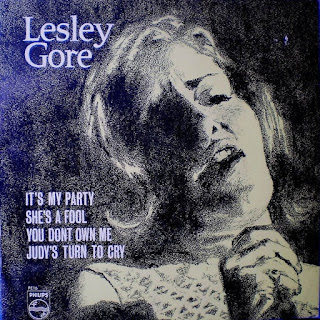 Gore also worked as an actress and composed songs with her brother, Michael Gore, for the 1980 film Fame, for which she was nominated for an Academy Award. She hosted an LGBT-oriented public television show, In the Life, on American TV in the 2000s, and was active until 2014. 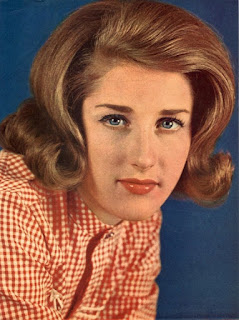 She was born Lesley Sue Goldstein in Brooklyn, New York City, into a Jewish family, the daughter of Leo Goldstein and Ronny Gore. Her father was the owner of Peter Pan, a children's swimwear and underwear manufacturer, and later became a leading brand licensing agent in the apparel industry. She was raised in Tenafly, New Jersey, and attended the Dwight School for Girls in nearby Englewood.

When she recorded her version of "It's My Party" with Quincy Jones in 1963, she was a junior in high school. It became a number-one, nationwide hit. Gore's version sold over one million copies and was certified as a gold record. It also marked the beginning of a time when fans would show up on her front lawn.

Gore was given first shot at recording "A Groovy Kind of Love" by songwriters Carole Bayer and Toni Wine with a melody borrowed from a sonatina by Muzio Clementi, but Shelby Singleton, a producer for Mercury subsidiary Smash Records, refused to let Gore record a song with the word "groovy" in its lyrics. The Mindbenders went on to record it, and it reached No. 2 on the Billboard charts. 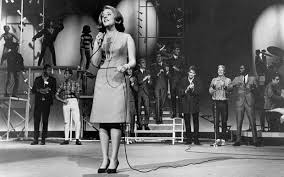 Gore recorded composer Marvin Hamlisch's first hit composition, "Sunshine, Lollipops and Rainbows", on May 21, 1963, while "It's My Party" was climbing the charts. Her record producer from 1963 to 1965 was Quincy Jones. Jones' dentist was Marvin Hamlisch's uncle, and Hamlisch asked his uncle to convey several songs to Jones. "Sunshine, Lollipops and Rainbows" was released on the LP Lesley Gore Sings of Mixed-Up Hearts, but did not surface as a single until June 1965. Hamlisch composed three other Gore associated songs: "California Nights", "That's the Way the Ball Bounces" and "One by One". "That's the Way the Ball Bounces" was recorded September 21, 1963, at A&R Studios in New York; it was released as the B-side of "That's the Way Boys Are" and appeared on the LP Boys Boys Boys. "One by One" was an unreleased track recorded on July 31, 1969, in New York and produced by Paul Leka; it first appeared on the Bear Family five-CD anthology of Gore's Mercury work entitled It's My Party (1994).

Gore was one of the featured performers in the T.A.M.I. Show concert film, which was recorded and released in 1964 by American International Pictures, and placed in the National Film Registry in 2006. Gore had one of the longest sets in the film, performing six songs including "It's My Party", "You Don't Own Me", and "Judy's Turn to Cry". 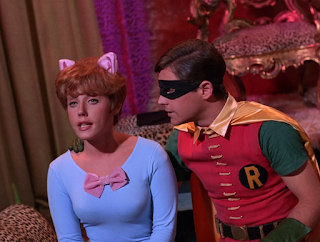 Gore performed on two consecutive episodes of the Batman television series (January 19 and 25, 1967), in which she guest-starred as Pussycat, one of Catwoman's minions. In the January 19 episode "That Darn Catwoman", she lip-synched to the Bob Crewe-produced "California Nights", and in the January 25 episode "Scat! Darn Catwoman" she lip-synched to "Maybe Now". "California Nights", which Gore recorded for her 1967 album of the same name, returned her to the upper reaches of the Hot 100. The single peaked at No.16 in March 1967 (14 weeks on the chart). It was her first top 40 hit since "My Town, My Guy and Me" in late 1965 and her first top 20 since "Sunshine, Lollipops, and Rainbows". Gore also performed the single "We Know We're in Love" ten months earlier on the final episode of The Donna Reed Show, which aired on March 19, 1966.

After high school, while continuing to make appearances as a singer, Gore attended Sarah Lawrence College, studying British and American English literature. At college folk music was popularly lauded as 'chic', whereas pop music was often derided as 'uncool.' "Had I been tall with blonde hair, had I been Mary Travers, I would have gotten along fine." She graduated in 1968. 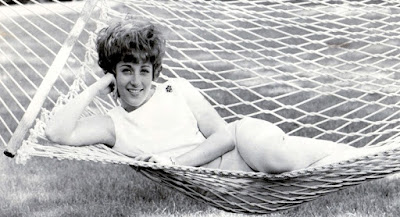 Gore signed a contract with Mercury Records for five years, which carried her obligations to the company through the spring of 1968. Her last big hit had been twelve months prior to this time, but Mercury still saw promise in her as an artist, and believed that one of her singles would make it, like they had in the past. They offered a one-year extension on the initial contract, and Gore was formally contracted to Mercury for a sixth year. During this time, "He Gives Me Love (La La La)", a single release based on a Eurovision Song Contest winner, rose to #96 on the Music Business charts, while bubbling under the hot 100 in Billboard. Mercury took out a full page ad in the trades to support the single, but its airplay was spotty, becoming a hit in only a few major markets. She was then paired with the successful soul producers Kenny Gamble, Leon Huff and Thom Bell for two singles that took her into the "soul" genre: "I'll Be Standing By" and "Take Good Care (Of My Heart)." These songs did not fit the image Mercury had crafted for her, and the singles were not played. Her contract with Mercury ended after the release of "98.6/Lazy Day" and "Wedding Bell Blues" failed to make headway on the charts.

In 1970, she signed with Crewe Records and was reunited with producer Bob Crewe, who had produced her album California Nights. None of the Crewe releases charted. 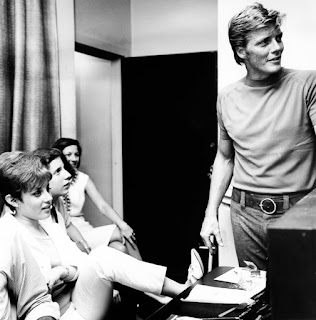 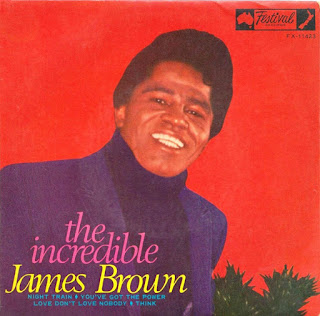 "Night Train" is a twelve-bar blues instrumental standard first recorded by Jimmy Forrest in 1951.
James Brown recorded "Night Train" with his band in 1961. His performance replaced the original lyrics of the song with a shouted list of cities on his East Coast touring itinerary (and hosts to black radio stations he hoped would play his music) along with many repetitions of the song's name. (Brown would repeat this lyrical formula on "Mashed Potatoes U.S.A." and several other recordings.) He also played drums on the recording. Originally appearing as a track on the album James Brown Presents His Band and Five Other Great Artists, it received a single release in 1962 and became a hit, charting #5 R&B and #35 Pop.

A live version of the tune was the closing number on Brown's 1963 album Live at the Apollo. Brown also performs "Night Train" along with his singing group the Famous Flames (Bobby Byrd, Bobby Bennett, and Lloyd Stallworth) on the 1964 motion picture/concert film The T.A.M.I. Show.

"You've Got the Power" is a song written by James Brown and Famous Flames member Johnny Terry and recorded by Brown with Bea Ford as a duet in 1960. Released as the B-side of Brown and the Famous Flames' hit recording of "Think", it also charted, reaching #14 R&B and #86 Pop. It was Brown's first recorded duet and his first hit B-side. Brown briefly performs the song in a medley on his 1963 album Live at the Apollo.
Posted by Deutros at 21:30 2 comments: